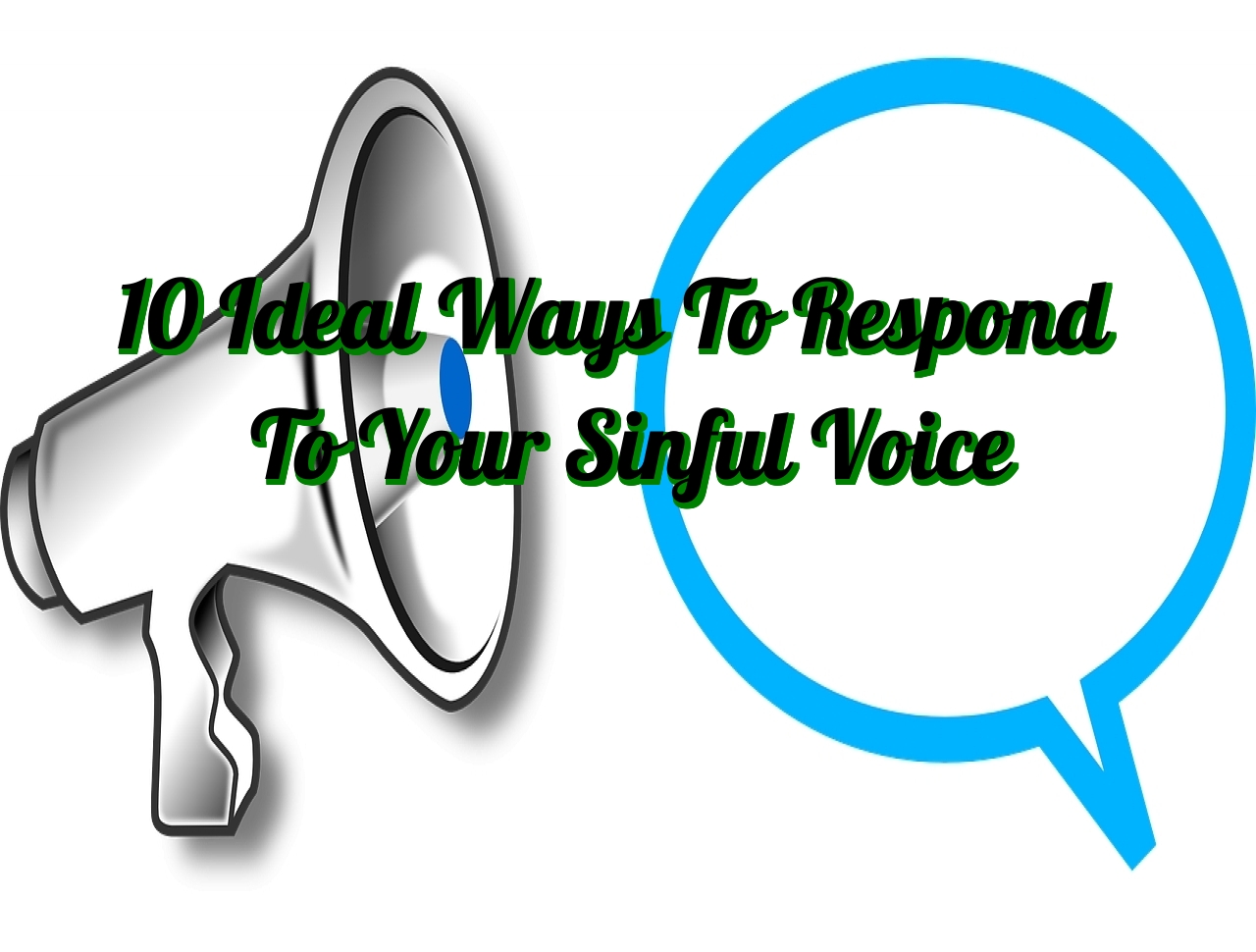 Our mind is known as an open battlefield. As a result, it’s the very thing that we have to place a great of emphasis on with respect to spiritual warfare due to the fact that how we deal with it will decide whether we’ll fall into the trap of the enemy or not. In fact, this place is so significant and strategic, it’s exactly where Satan along with his demonic spirits contend against the truth.

Temptation is based on deception of Satan, and it starts from people’s minds in response to what they see, hear, touch, and feel. Most importantly, nobody can live a victorious and abundant life in Christ Jesus without bringing their sinful thoughts under control by renewing their minds through God’s Holy Word.

When struggling with temptation and sin, there’s always an inner voice coming out of our carnal nature that can be heard clearly in our mind. This inner voice is very wicked, deceptive, selfish, discouraging, impulsive, and persuasive. Thereby, it’s critical that we learn how to confront that sinful inner voice wisely by clinging firmly to our identity in Christ. There you’re provided a list of them along with how you can properly respond to all of them.

1) Sinful voice: You must act upon what you’re tempted about, otherwise you’ll truly miss out on something really big.

Response: You’re not obligated to do so. By the way, what you’re tempted about is not an indispensable necessity, meaning that you can live without it. If you act upon it, you will suffer serious lost since your relationship with God will sustain serious damages, which is something that must be avoided at any cost.

2) Sinful voice: You must act upon that intense pressure that you’re experiencing because that’s the only way out of it.

Response: Act upon it will never solve the problem. Instead, it will make it worse and worse by making the next temptations that will come to strike in a much more aggressive and powerful way. Hence, you’re also training your body to respond the same way by becoming dependent on such sinful habits (2 Peter 2:19).

3) Sinful voice: Well, don’t pay that much attention to what the Word of God has to say. Just remove out of your sight and your mind anything contrary to what you’re planning on doing, or anything that can make you think twice, so that you can freely, guiltlessly, and comfortably do what you want without having to think about all the implications that may come along with it down the road.

Response: The whole focus must always be on the Word of God due to the fact that it’s the very thing that can keep you from succumbing into temptation. The Word of God is the main foundation of your Christian life. You’re being sanctified by the Word of God (John 17:17). Moreover, it’s the very means by which the Holy Spirit empowers God’s people to resist Satan and his influence.

4) Sinful voice: You’ve already gone way too far during the temptation process; therefore, there’s no need to turn back.

Response: You can still make up your mind about not giving in by letting go of what can be accomplished that you’re cherishing in your heart and thinking through that particular sin you’re planning on acting upon. While being under a very fierce temptation, you have to believe that there is always a way out of that problem no matter how desperate you may feel by laying a hold on this powerful Scripture verse found in (1 Corinthians 10:13). Don’t ever allow acting accordingly to settle into your mind as the sole alternative to that issue.

5) Sinful voice: You must do it, so that you can enjoy as much as you can the all the pleasures found within.

6) Sinful voice: Remember how good and pleasurable it felt when you did it last time. In this case, you should consider going back.

Response: Sin is pleasure of the moment (Hebrews 11:25), meaning that there’s an expiration date on the pleasures of sin. After that temporary pleasure is over, you’ll be left completely empty with the desire for more and more. The sinful pleasures you’ll experience will never be worth the loss of peace, joy, confidence, hope, and security that you have when living a life pleasing to God because sin creates all kinds of confusions in people’s lives by robbing them of these things.

7) Sinful voice: Your only way of surviving this is to just do it, so that you can release the intense pressure being felt, even if it’s for just one time.

Response: You’ll not be able to make it out as you falsely believe because sin is very powerful, impulsive, controlling, and deceptive. It has the potential to hijack people’s ability to think and act wisely. Consequently, sin will paralyze your God-given potentials. So acting accordingly will bring relentless guilt, shame, deep remorse, frustration, and panic when thinking later about your responsibilities to God, and how that particular sin has become a serious impediment to you being useful to God. On top of that, it will make you become hostile to God and His Word.

8) Sinful voice: Just do it, since God is a gracious, merciful, forgiving, and loving God, He will forgive you as He always does.

Response: The grace and goodness of God is not a license to continue to indulge in things that God condemns as evil in His sight. Conversely, grace is given in order to enable people to come out of their sins by turning to Christ.

9) Sinful voice: You can sort of escape the consequences. Certain things just can’t happen to someone like you.

10) Sinful voice: Even though, spiritual fallout may be imminent, you’ll have enough time to repent.

Response: There are many who are in hell today who falsely thought that they would have had enough time to repent. That’s the deceptive belief of many who have been exposed to the truth of the gospel of Jesus Christ for such a long time but unwilling to repent. Even worse, many of them are in the church.

Your time to make the right choice regarding your spiritual life is now, not tomorrow since you have no hold on the future. With this in mind, sin will never let you go; in other words, sin will never get tired of you. As a result, the more you keep on practicing sin, the more you want to sin by creating a craving for more and more, the more enslaved you’ll become, and the tougher it will be for you to ever come out.

Lastly, Satan is the author of temptation along with sin. In his guile, he tempts us in such a way that literally causes us to believe that we’ll just do something for the sake of pleasing ourselves or releasing the massive pressure being felt on our flesh without even taking into account that he’s the very one being pleased and glorified by our terrible choices.

In fact, there’s absolutely nothing of great value that we can gain by following our carnal nature. Instead, we’ll suffer incredible lost as a result. Conversely, the one who benefits the most from our falls is Satan. Thus, giving in is tantamount to a big victory for the enemy.

When we’re tempted, we have to forget ourselves and our sinful desires completely out of the picture. Because it’s not about what we want to do, or what we want to experience by succumbing; it’s all about what God has commanded us to do. The focus must always be on pleasing Christ by keeping His Word rather than just catering to temporary pleasures by doing what our carnal nature wants us to do.