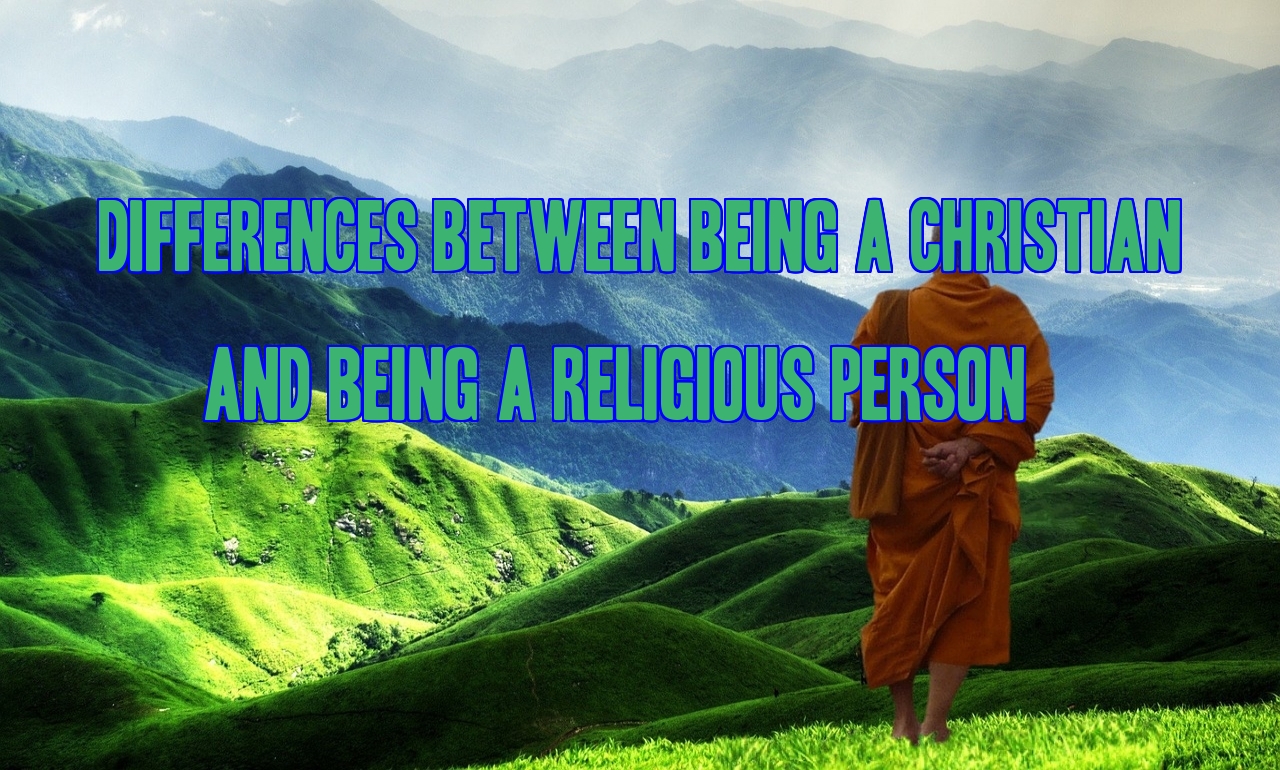 God has made mankind in order for them to have a genuine relationship with Him in which He gets to occupy first place in their lives. In other words, mankind is made to seek God above all. Their whole behaviors and attitudes must revolve around their Maker.

Although God’s initial plan for humanity has never changed; however, the fall of mankind has created a great deal of confusion, especially in the area of belief.

All throughout the history of humanity, there have always been various types of erroneous beliefs men have been holding onto as truth. Having a relationship with God implies having a firm belief in Him, which means that men are made with the ability to believe in God.

However, due to sin that has entered the world, that ability men have to believe in the true God has been corrupted. Having said that, there’s no doubt about the fact that men do have a natural tendency to believe in someone or something.

Sadly, their beliefs are often placed in the wrong things, or in deceptive things that will ultimately lead to eternal damnation. If we’re taking a thorough look at the mentality of men as a whole, men seem to be more prone to believe in the lie than the truth.

Due to deception that’s being spread all around the world by Satan, humanity has experienced a significant rise of false religions that are centered wholly on what people can do within their own human ability in order to please their god.

With these false systems, you then have what’s commonly known as a work-based type of salvation. The problem is that men just don’t have any capability at all of producing spiritual good or work for their own salvation from sin.

What’s The Difference Between Being a Christian And Being a Religious Person?

Being a religious person is to believe that if you follow certain principles or legalistic traditions earnestly, that will somehow grant you favor and acceptance from your god.

A religious person is someone who sees his life in the sense of what he/she can always do out of himself/herself in order to bring pleasure to his god. While being a Christian is to believe that you’re saved by grace through faith alone (Ephesians 2:8).

Someone whose life is centered entirely upon Christ’s death and resurrection. Lastly, someone who sees his life in the light of God’s ability to work through him in order to bring forth authentic transformation.

Meaning that as a sinful being, there’s nothing that you could have done in your humality ability and effort already tainted by sin that could have pleased a holy and righteous God.

Being a Religious Person Grants You The Right to be Boastful And Arrogant.

This statement compels us to take a glimpse at the behavior of the Pharisees famously known as the “Proud religious leaders” during Jesus’ earthly ministries.

The Pharisees along with the Scribes were self-righteous in their conducts. They were far more interested in adhering to their legalistic traditions for the sake of making themselves look better to others.

In that case, they were much more concerned about their own outward appearance to others than what was going on the inside (Matthew 23:27).

It was all about how people see them in the light of their conducts rather than how God sees them. If somebody is not living up to their own standard they thought that they had every right to look down at that individual by passing critical judgment on them.

They could have easily deceived men with their deceptive lifestyles but not God. Let’s take a look at this verse below found in Luke chapter 18.

The Pharisee stood by himself and prayed: ‘God, I thank You that I am not like other people—robbers, evildoers, adulterers—or even like this tax collector. I fast twice a week and give a tenth of all I get’ (Luke 18:11).

This verse clearly illustrates the type of prideful and arrogant attitude the Pharisees held. Admittedly, they had every reason to be proud of themselves because they strongly believed that they had achieved something meaningful that they can boast about.

That’s the fundamental problem with work-based type of salvation, it glorifies the individual in the context of accomplishing something within his power and will that he/she can count on. It’s as if that person has crossed a huge threshold in terms of being worthy to gain God’s favor and acceptance solely on the ground of human ability.

The truth is that when it comes down to comparing yourself to others, you’ll always try to compare yourself to those you think that are far worse than you are.

The big issue is that comparing yourself to others is nothing more than an excuse for you to not take your own responsibility about your sinfulness to God. That’s why God hates that’s type of irresponsible attitude up to the core.

Being a Christian is to Live a Self-less Life Based Fully on Humility.

One thing that we lay a hold of as Christians is God’s grace dispensed to us through Christ. Grace is one of the major pillars upon which our lives are built.

As you already know, grace is defined as unmerited favor from God. It’s totally dependent upon God reaching out to us regardless of our own unworthiness and sinfulness.

The doctrine of grace and the doctrine of work are the exact opposite of each other. They cannot coexist together. Meaning that you can’t have both of them at the same time as many falsely believe. Since grace is sufficient (2 Corinthians 12:9), you don’t need work on top of it.

If you fully grasp the fact that you’ve been saved by God’s grace, you cannot go around and boast about that. You cannot develop an attitude of considering yourself superior to others because you were just as sinful as them, or even worse than them.

You will not try to use your own self-righteousness standard in order to pass critical judgment on others because the Christian’s life implies dying to self and being alive unto Christ.

You become who you are as a result of what Christ has done for you. Conversely, you’ll adopt an attitude of being compassionate, merciful, and gracious to others in the context of being willing to help them come out of the ungodly state they are currently in by leading them to Christ in a loving fashion.

Given these points, it’s obvious that there’s a sharp difference between being a Christian and being a religious person.

In short, being religious is to rely on your own human ability in order to do things that will please your god, whereas being Christian is to acknowledge your own human inability and sinfulness by allowing God’s to work through you in order for Him to mold you by His Spirit into the person He wants you to be through Christ.