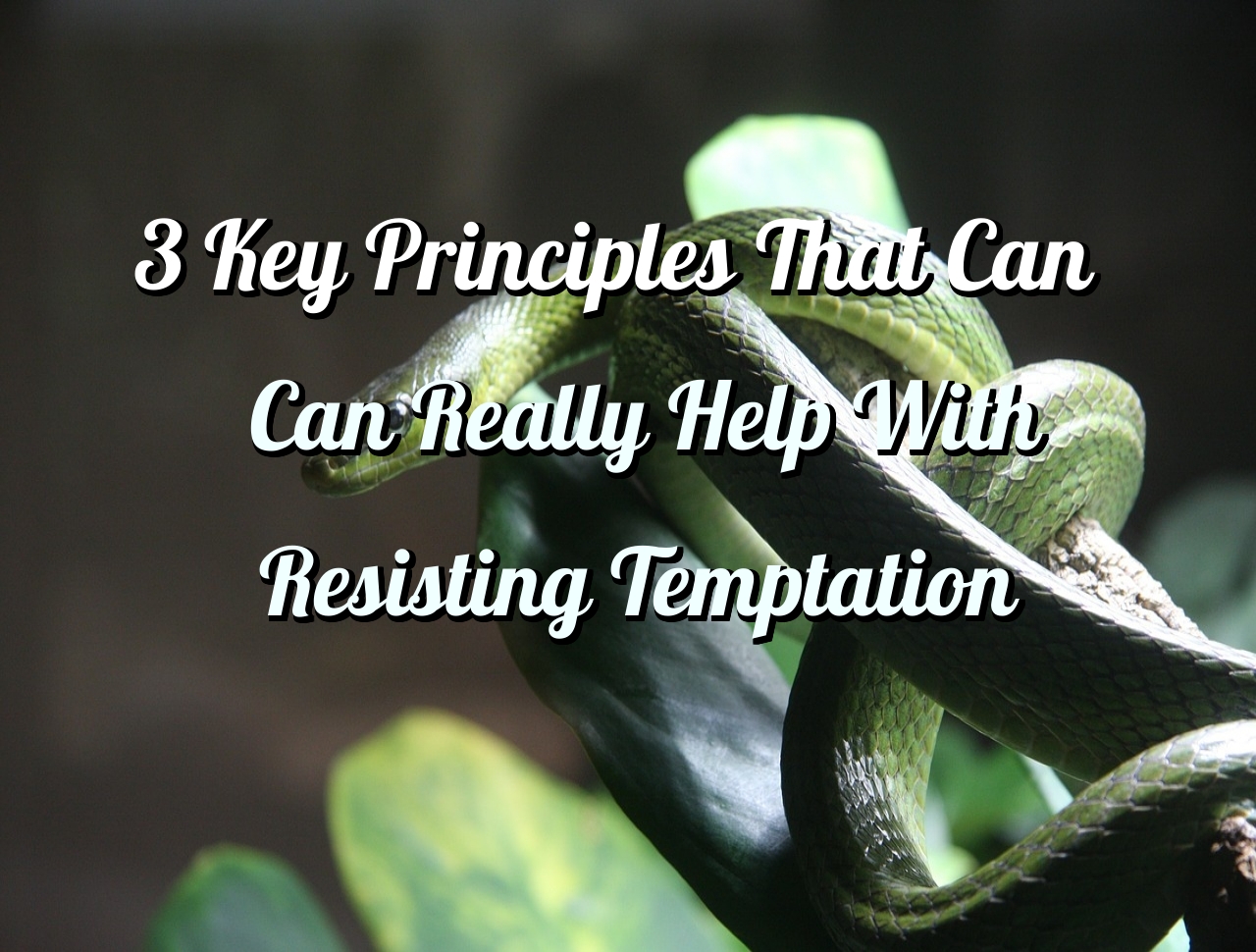 As Christians, one major aspect of our walk with the Lord is marked with the fact that we find ourselves in an ongoing conflict with the devil, sin, this evil world system, as well as our own carnal nature. With this in mind, temptation is really something that we have to be extremely cautious about because it ultimately leads people to sin.

As a result, we’re left with no choice but to accept the fact that we’re going to be tempted due to the fact temptation is all over the place. Even worse, it’s running wild within the church. It’s such a powerful tool that Satan has been using for thousands of years since the inception of mankind in the Garden of Eden in order to bring forth various types of destruction to people’s lives.

Temptation is the foundation of the devil’s basic standard operating procedures, meaning that almost everything he’ll ever accomplish through people will be based on it. Temptation walks hand in hand with lies and deceptions. Despite having said all of that, temptation is not a sin, the problem is when people choose to give in by following the very things they are tempted to do.

How do we draw the line concerning resisting temptation? As powerful and intense temptation may be, yet it’s incapable of dragging anybody into sin all by itself without that individual’s cooperation. Therefore, that’s where we have an awesome opportunity to decide whether we’ll remain loyal to God or not. We’ll look into 3 basic principles that can be used in order to confront temptation.

1) Resisting Temptation Starts With Having an Attitude Centered Upon Pleasing and Glorifying God in Everything.

God has made us for His own good pleasure; in other words, for His own glory. By saying that, it means that we have to at least start off with having an understanding of our God-given purpose. What does He really need from us? Why did He send Christ to die for us while being in a state of spiritual death, which causes us to be unwilling to follow and obey Him? Why did He make such a priceless investment into us irrespective of our own unworthiness in His sight? The only thing that can clearly explain all of that is His unconditional and sacrificial love for us as people who’ve been made in His own image.

Since God is expecting something in return from us, our job is to please and glorify Him. In fact, the Christian life is centered upon pleasing and glorifying God by our willingness to live holy lives by putting Him first (1 Peter 2:12, 1 Corinthians 6:20, 1 Thessalonians 4:7). To sum everything up, that’s pretty much all God wants from us in response to what He’s done for us. Besides, in His love for us, He desired reciprocal love. Our love can only be extended to Him through our obedience (John 14:15). Obedience is the very starting point of pleasing and glorifying Him.

But, one thing that should call our attention is the fact that God isn’t the only One who wants to be glorified through us. Satan as an accomplished opportunist and deceiver who has no right to glory due to God is constantly seeking to manipulate us in order for him to be glorified too. He’s well aware of our weaknesses, meaning that he’ll always use them as weapon against us by tempting us to indulge in sinful behaviors that will literally bring shame and reproach to Christ. Consequently, instead of God being glorified, He’s the One being put to shame. When that happens, Satan is the one being pleased and glorified.

On the other hand, if we’ve embraced an attitude of pleasing and glorifying God by dying to self on an ongoing basis by resisting the impulsive desires of the flesh through complete submission and surrender to God’s Word, then we create an environment in our lives for God to work through us in such a powerful manner. In fact, submission leads to empowerment, which will then enable us to resist the devil, his influence, along with his massive field of temptation (James 4:7).

2) Giving in Is Nothing More Than a Victory to Satan.

The enemy has a clear mission with temptation. His overall goal is to entice us to subject ourselves to his deceptive, manipulative, destructive, and deadly ways. He’s always seeking absolute dominion and control over people’s lives. Therefore, when we willfully choose to follow his seduction, that’s tantamount to giving him a victory over us at the expense of dishonoring and rejecting the very things that we should hold dearly.

In order for us to actually fall into temptation we have to deliberately choose to step over our God-given boundaries set by His Word. The most powerful way of confronting temptation is to see both temptation and sin as what they really are. They are the very devices that Satan totally depends on not only to lead people away from God but to keep them in such condition indefinitely. We all know that being away from God literally means death.

3) Resisting Temptation is Considered as a Victory to Christ.

What can ever honor and glorify our Lord more than when we choose to align our lives in a way that’s consistent with the main purpose of His death on the cross? God’s perfect will for us is to live an abundant, successful, and victorious life through His only Son Christ Jesus. By resisting Satan, his influence, along with his field of temptation being unleashed on us, the message we convey to God is that His ways are the best. In addition to that, they are the only ways worthy of being followed and obeyed.

Since dealing with temptation stems from relying on the Word, God has made us a very important promise in (1 Corinthians 10:13). It says we’ll never be allowed to be tempted beyond our ability to deal with it, and when we’re tempted God will be there with us in order to empower us to endure it until we make it out safely. The mindset we should adopt when dealing with temptation no matter how fierce and intense it may get is to believe that God is with us. Since He’s there with us, we should have a firm assurance that there is always a way out of this thing as a result.

That’s also what it means to walk by faith not by sight (2 Corinthians 5:7), instead of allowing our flesh to deceive us miserably with the false belief based on utter desperation that we have to give in to alleviate the pressure. Lastly, God carries out His mighty works through the person of the Holy Spirit (Zechariah 4:6), and we’re commanded to live in accordance with the Holy Spirit (Romans 8:5), so that we won’t go after the desires of the flesh. That can only happen by our willingness to rely on the Spirit of God.