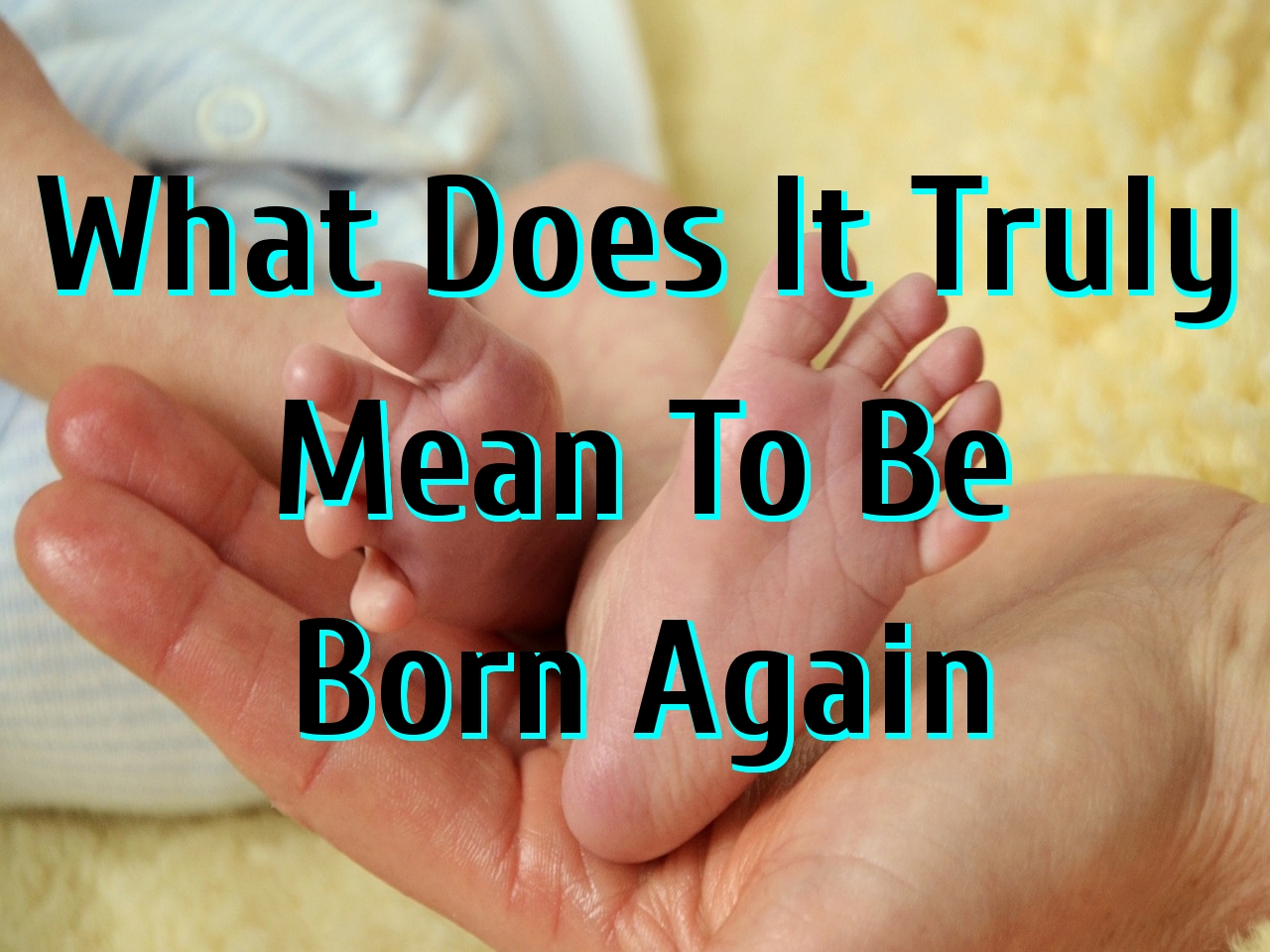 From a biblical perspective, everyone who has come into this wicked world, came disconnected with God. That disconnection is tantamount to spiritual death. In fact, that is a direct result of the sinful nature that we’ve inherited. Keep in mind, as humans, we have two key aspects that make up our whole being: a physical aspect, and most importantly, the spiritual one. The bottom line is that life isn’t only limited to the physical one we currently have as many falsely believe. The truth is that there is another one found in Christ alone, which is infinitely better and greater than this one we have today.

Besides, there is a colossal difference between both of them with respect to quality, length, comfort, and so forth. The reason is that the one we currently have is just temporary, whereas the other one we’ll have after death is eternal. But having said that, the choice that we make with the current one we have on this earth will determine which kind of life we’ll have when we step into the spiritual realm when we’re forced out of this planet. Sadly, so many people don’t really care that much about the fact that they’ll have to spend their eternity somewhere. They’ve failed time after time to realize that they are the very ones who get to choose where they’ll end up being.

We’re Made to Rely on God.

When we were born, we came into this world alive physically but dead spiritually. Therefore, this is where being born again as Christ commands it comes heavily into play according to (John 3:3). The main reason of that spiritual death lies with the fact that our innermost parts, such as both our soul and spirit that make us who we really are as human beings were disconnected to the main source that could have sustained them.

Let’s use that simple analogy, the same way that an electrical component needs to be plugged to a power source for the purpose of being able to carry out its designed tasks, so are we. It’s of no use to buy such component without having a power source through which it can be connected to.

As humans, we’re made to rely on God for sustenance and maintenance purposes, and the very mechanisms that consist our whole being are designed in such a fashion to be connected to God. Make no mistake about that, men tend to always get it wrong with regard to that issue by establishing false and destructive connection to worldly things that cannot even satisfy that innate desire their souls have to be anchored in the true God.

Only Christ can fill the huge void found within men’s soul. In many cases, men would rather worship created things rather than the Creator who is worthy of eternal praise (Romans 1:25). The consequence of that disconnection is spiritual death, which renders us totally unfit to enter God’s Kingdom in such horrible state unless something powerful is done to reverse that. Let’s try to grab a hold of the concept of being born again laid out by Christ.

To put it mildly, when Jesus made that shocking statement, it’s very easy for the carnal mind to conceive it just as Nicodemus did. A carnal mind tends to be very rational and logical by nature because it’s only limited to humanistic concepts. That’s the reason why people who are dead spiritually cannot comprehend divine truth (1 Corinthians 2:14). Furthermore, there’s a huge distinction between conceiving things in a purely biblical perspective and a humanistic perspective.

In all honesty, it’s quite obvious that if anybody had the chance to be there with Christ when He made that seemingly strange statement, the reaction would have pretty been the same unless the deep truth of such statement had been revealed by the Holy Spirit. Since we’ve already been made alive through the physical birth; thus, being born again has to do with getting the spiritual parts of ourselves, which had been dead due to sin to become alive unto God through Christ.

This is done by the power of the Holy Spirit by applying the power of the death and resurrection of Christ Jesus into our lives. It’s important to come to the realization that sin has a much more severe and destructive spiritual consequence than it has physically speaking. The Word of God says in (Romans 6:23) the wages of sin is death. That very death is inflicted on a person’s soul by the deadly cancerous and poisonous effects sin literally has.

The author of sin is Satan, when we choose to live in sin, it’s equivalent to us allowing the enemy to inject us with his venom of death. Thereby, by being dead spiritually, we can only do things that will worsen the death condition we find ourselves in. The more we keep on living our lives apart from God, the worse we get, the more wicked we become, and the more hardened and unresponsive we become to the truth of scripture.

Lastly, the more sensitive and submissive we become to the devices and schemes of the enemy, which will then result in giving him more and more control over our lives. Brothers and sisters, that’s precisely what Satan in his full hatred toward humanity wants.

Being Born Again is Really a Game Changer.

What has really happened during the rebirth process? First, something extraordinary takes place during that process, even though it cannot be seen with the naked eyes but can be felt by the individual. What really happens is that our soul, which had been dead as a result of being completely crushed by the massive weight being exerted by sin has become alive.

To put it within perspective, blood is representative of life; therefore, when we accept Christ as Our Lord and Savior, His precious blood flows within us and through us in order to cleanse us from all iniquities, unrighteousness, as well as obliterating the deadly damages that sin has inflicted on our soul.

Being dead spiritually also implies that there’s nothing within us that can fight off the massive impulses of the flesh, but when we’ve become born again, we’ve received a brand new nature from Christ in order to replace the old one we had. In other words, we’ve received Christ’s life because His ultimate will for us is for Him to be able to duplicate Himself through us. While the Holy Spirit seems to be the most misunderstood and ignored person out of the Godhead, but He’s the very One who brings these things forth into our lives.

During the process, the Spirit of God comes to indwell us in order to empower us to resist the impulses of the flesh. The marvelous news is that being born again has elevated us into a way higher dimension than we used to live. To put it another way, the death of Christ has provided us a pathway for us to come out of own sinful selves or our human ways, so that we can live a life above sin. Prior to being saved, we we’re desperately chasing the out of control wicked desires of the flesh. On the other hand, when we’ve become born again our priorities are to be shifted away from pleasing self to pleasing and glorifying God.

In short, we’re to operate as people who have died to self but made alive through the rebirth process to live for the One who has died and raised for us (2 Corinthians 5:15). The Spirit has given us life by imputing Christ’s life into us. We’re responsible to allow Him to bring about everything that the rebirth process is intended to bring about into our lives. Christ says that nobody can enter the Kingdom of God unless they are born again (John 3:5). This statement clearly demonstrates that the old life that we used to live has to be ceased completely because it’s an offense to the principles by which the Kingdom of God operates.